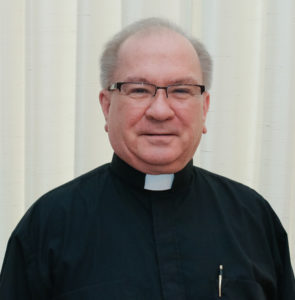 If I must say so myself, I thought the Easter services went well this year (considering we didn’t have anything last year). My thanks to all who made it go so special. From all the ministers on the altar to those who made beautiful music and those who decorated the altars. A job well done! I know that it wasn’t the full services, as we were told to scale things back because of the covid virus, but the spirit was still there.

I prepared two homilies this week since the readings were different for Saturday night and Sunday morning, but I will bore you with only Sunday’s: The passage from John’s Gospel takes place on the first day of the week. This is reminiscent of the Creation account in Genesis which narrates the events of creation and the Fall in a garden. So, now again, God brings life in the garden where Jesus’ tomb was located. Mary Magdalene came to the tomb early in the morning, while it was still dark. In John’s Gospel, darkness represents a time of lack of faith. Mary is not expecting the Resurrection; she comes to mourn the death of Jesus. When she discovers that the tomb is empty, her first thought is that the body of Jesus has been stolen. She returns to the disciples and tells them, we don’t know where they put him.

When the two disciples arrive at the tomb, they find it just as she described it. But while Peter seems to not understand, the other disciple … saw and believed. He understands what the others will come to know when the risen Christ appears to them: Jesus is risen. The burial cloths that were left behind are of no need to one who has conquered death.

We have no burial cloths here – but we do have the bread and wine that will become the body and blood of our Lord. Easter is the oldest feast in the Church year. From that day of Resurrection, through this moment (and into the future), the disciples of Jesus gather to celebrate and remember the saving events of his death and being raised from the dead.

Saint Peter, at the house of the Roman centurion Cornelius, recounts what has happened all over Judea concerning Jesus. Peter’s sermon describes the good deeds of Jesus, who was anointed with the Holy Spirit. But, they put him to death by hanging him on a tree. After God raised him from the dead, Jesus appeared to his disciples and commissioned them to preach the Gospel. This is what Peter is doing for Cornelius’ household. We learn in subsequent verses that their response to Peter’s words is to accept the faith and be baptized.

Saint Paul tells the Corinthians that Christ is our Paschal Lamb who has been sacrificed for us. This imagery, reminiscent of the first Passover, indicates that the shedding of Jesus’ blood has redeemed us. In light of this, Paul calls us to live in newness of life, putting aside our old ways and embracing the unleavened bread of sincerity and truth.

From that first Easter moment, the Church began to grow. This is the core belief of our Christian faith: It is the risen Lord who gathers us together around his table to listen to the sacred stories about our faith, and then he gives himself to us in the form of bread and wine, as he did with his disciples on the night before he died. We share in the life of the risen Christ now, as Cornelius and his family did; as Paul and the Corinthians did; and, until Christ comes again, as our children will. God be praised for this gift of salvation to the world.

Let us remember that Easter is not a day but a season and we should observe it as such. May we bring our song of Alleluia, He is risen to all in our lives.